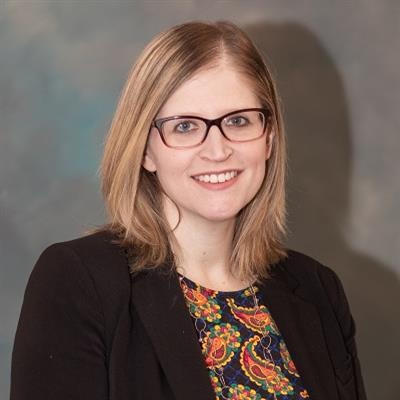 Humble ISD Gifted and Talented Coordinator, Dr. Meredith Austin, has been named the 2020 Advocate for the Gifted by the Texas Association for the Gifted and Talented (TAGT).The honor is given each year to an individual who is nominated by their peers. The nominee must demonstrate an active role in promoting curriculum and programs that support Texas students who are considered advanced learners.Dr. Austin’s path to the award began with nominations from two colleagues with whom she serves on the Texas Education Agency (TEA) Commissioner’s Advisory Council on Gifted and Talented Students. Following those nominations, two additional colleagues each wrote a formal letter of recommendation.As an advocate for gifted and talented programs, Dr. Austin is very active both publicly and behind the scenes regarding state education policy.In 2019, Dr. Austin was appointed to serve on the TEA Commissioner’s Advisory Council on the Education of Gifted and Talented Students. The TEA published her summary of House Bill 3 that was distributed to school administrators statewide. “During the previous legislative session and on numerous occasions, I spoke and met with both the Texas State Senate and House Public Education Committee Chairs, Sen. Larry Taylor and Rep. Dan Huberty,” Dr. Austin said.Humble ISD Director of Advanced Academics, Dr. Charles Ned, commended Dr. Austin for her work to promote gifted and talented programs. “Dr. Austin is an essential member of our team who looks out for not only the district, but most importantly, the needs of our gifted and talented students,” Dr. Ned said. A product of Humble ISD, Dr. Austin attended Greentree Elementary, Creekwood Middle School, and Kingwood High School before moving on to receive her Bachelors from the University of Texas at Arlington and her Masters from Sam Houston State University in history. She earned her doctorate in education from the University of St. Thomas in Houston.Dr. Austin has been an educator for 12 years. She began her career as a teacher in Aldine ISD. Later, she was a founding teacher at the Gifted and Talented Academy in Pearland ISD. In 2017, she returned to Humble ISD as a teacher at Woodcreek Middle School before moving into her current role in 2018.Dr. Austin will be honored on Dec. 3 during the TAGT awards virtual celebration.
Reply
* Reactions disabled on political threads.
What are your thoughts? Log in or sign up to comment Log in » Sign up »
Post a comment »