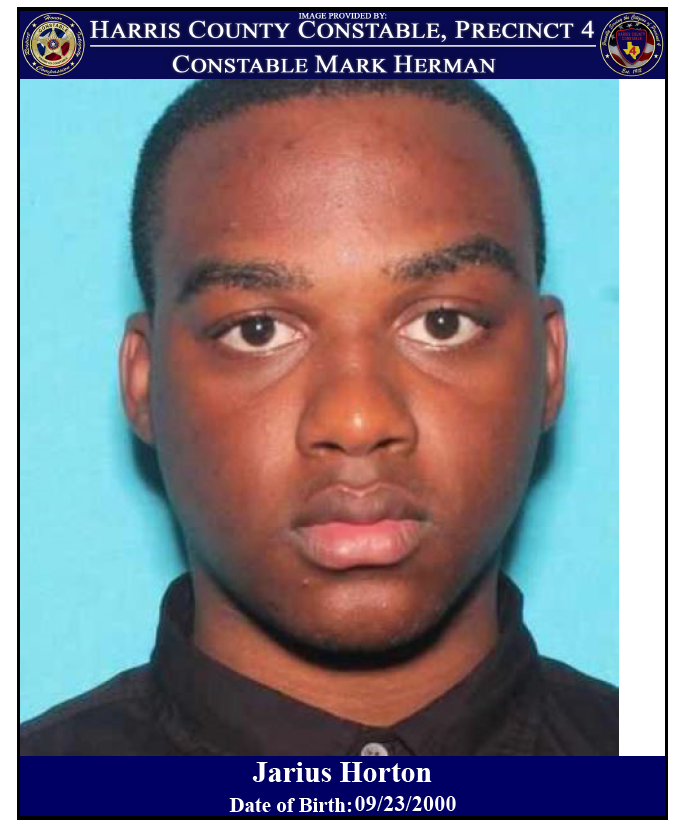 According to reports from PCT 4, on September 26, 2019, deputies with Constable Mark Herman's Office responded to the 20000 block of Chipplegate Lane in reference to a theft. Upon deputies arriving, the complainant reported that two unknown male suspects stole a lawnmower from the bed of his truck as he was mowing a client's lawn.During the course of the investigation, Constable Investigators located and recovered the commercial lawnmower from a local pawnshop. Surveillance video captured a suspect, later positively identified as Jarius Horton as the male who sold the stolen lawnmower to the pawn shop.Further investigation revealed that a 16 year old juvenile was the second person involved in the theft. He had already been arrested on another unrelated charge and was booked into the Harris County Juvenile Detention Center on the theft charge as well."Jarius Horton is currently wanted by law enforcement for Theft. His bond is set at $100.00 out of County Court 10. If you have any information regarding his whereabouts, you are urged to contact our dispatch or your local law enforcement." - Constable Mark Hermanwww.facebook.com/Pre cinct4/
Reply
What are your thoughts? Log in or sign up to comment Log in » Sign up »
This discussion has been locked.
« Back to Main Page
Views: 299