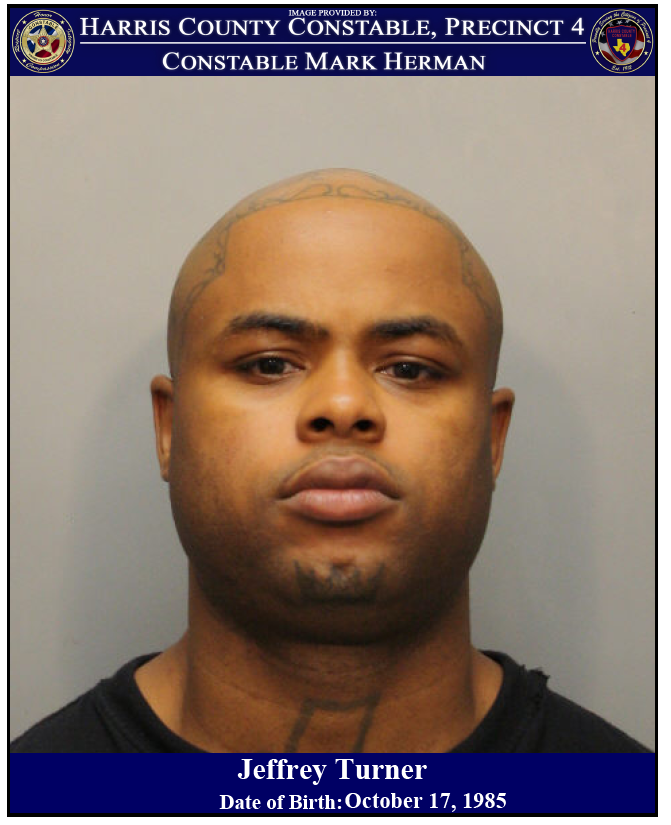 According to reports from PCT 4, on October 22, 2019, deputies with Constable Mark Herman's Office responded to the 19900 block of Foxwood Forest Boulevard in reference to a wanted suspect, Jeffrey Turner who was possibly at the location. Constable Deputies discovered that he was wanted out of Arkansas for several charges including, Aggravated Assault and had an open warrant in Harris County.As deputies approached the apartment they believed Jeffrey Turner to be in, he jumped out of a second story window and landed on top of a covered parking area below. He then ran on top of the covered parking and jumped over a fence. After a brief foot chase, a deputy deployed his department issued taser and was able to detain him."Jeffrey Turner was arrested, charged with Evading and booked into the Harris County Jail where he will remain until he is extradited back to Arkansas. His bond and court information in Harris County have not been set at this time." - Constable Mark Hermanwww.facebook.com/Pre cinct4/
Reply
What are your thoughts? Log in or sign up to comment Log in » Sign up »
This discussion has been locked.
« Back to Main Page
Views: 203