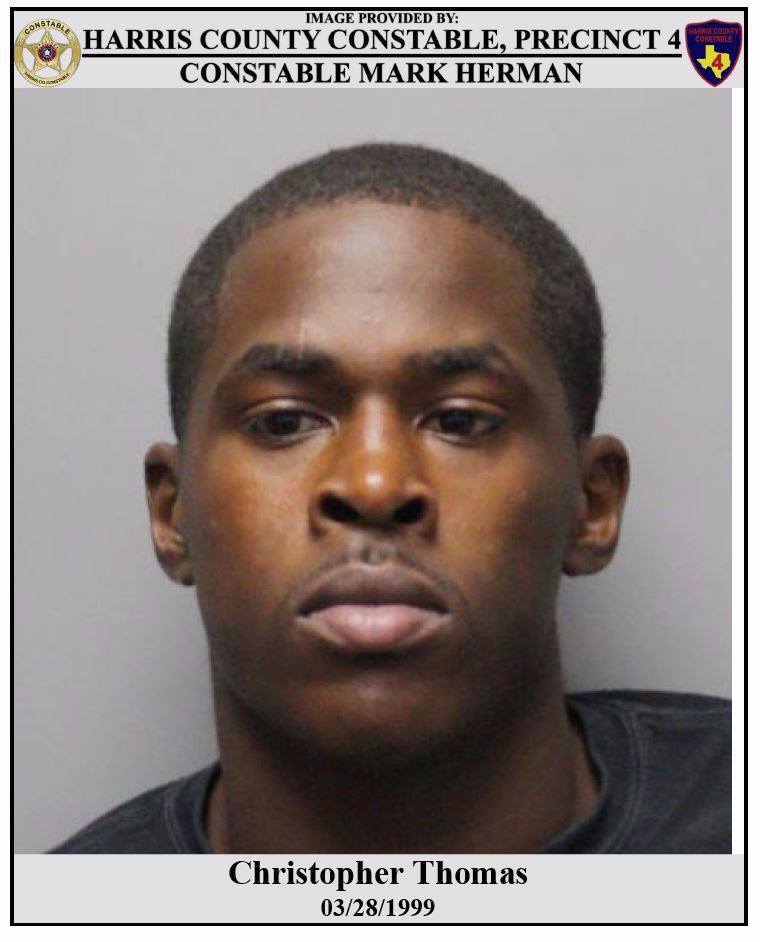 According to reports from PCT 4, on July 9, 2019, a deputy with Constable Mark Herman's Office initiated a traffic stop on a stolen vehicle in the 7400 block of Kennemer Drive. The driver refused to stop, leading deputies on a brief pursuit.The driver and passenger then exited the vehicle and fled on foot. A police perimeter was set and the passenger was quickly captured and identified as Christopher Thomas.Deputies were unable to locate the driver but a warrant for his arrest will be filed once he is positively identified."Christopher Thomas was arrested and booked into the Harris County Jail, charged with Unauthorized Use of a Motor Vehicle and Evading. His bond and court information have not been set at this time." -Constable Mark Herman
Reply
What are your thoughts? Log in or sign up to comment Log in » Sign up »
This discussion has been locked.
« Back to Main Page
Views: 146