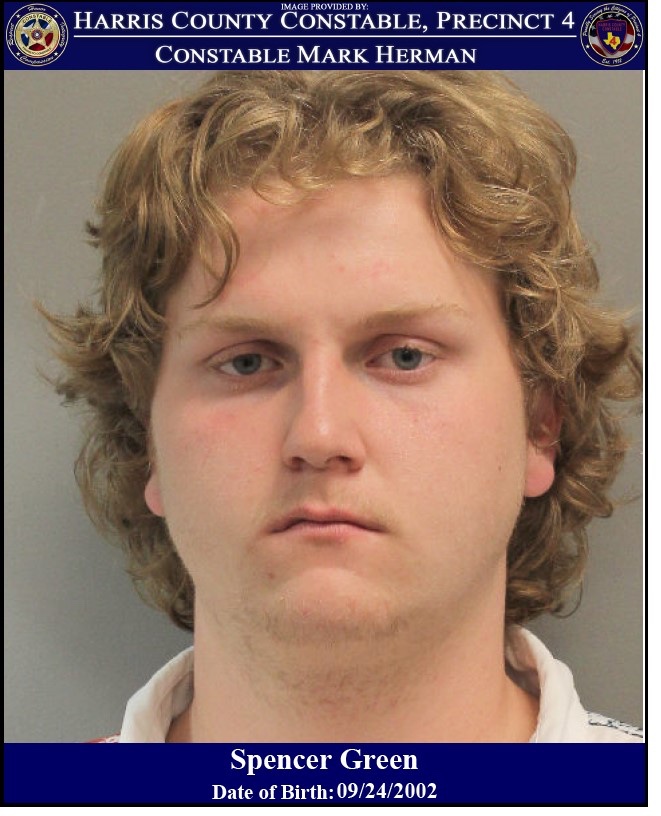 On December 07, 2019, a deputy with Constable Mark Herman's office initiated a traffic stop on a motor vehicle in the 18300 block of Champion Forest Drive. The driver refused to stop, leading deputies on a brief pursuit. Constable Deputies were able to stop the vehicle and identify the driver as Spencer Green who displayed several signs of intoxication. Standardized Field Sobriety Tests were administered and it was discovered that he was driving while intoxicated. "Spencer Green was arrested and booked into the Harris County Jail, charged with Evading in a Motor Vehicle. His bond was set at $2,500.00 out of the 180th District Court. He was also cited for Driving Under the Influence Minor. - Constable Mark Hermanwww.facebook.com/Pre cinct4/
Reply
What are your thoughts? Log in or sign up to comment Log in » Sign up »
Post a comment »